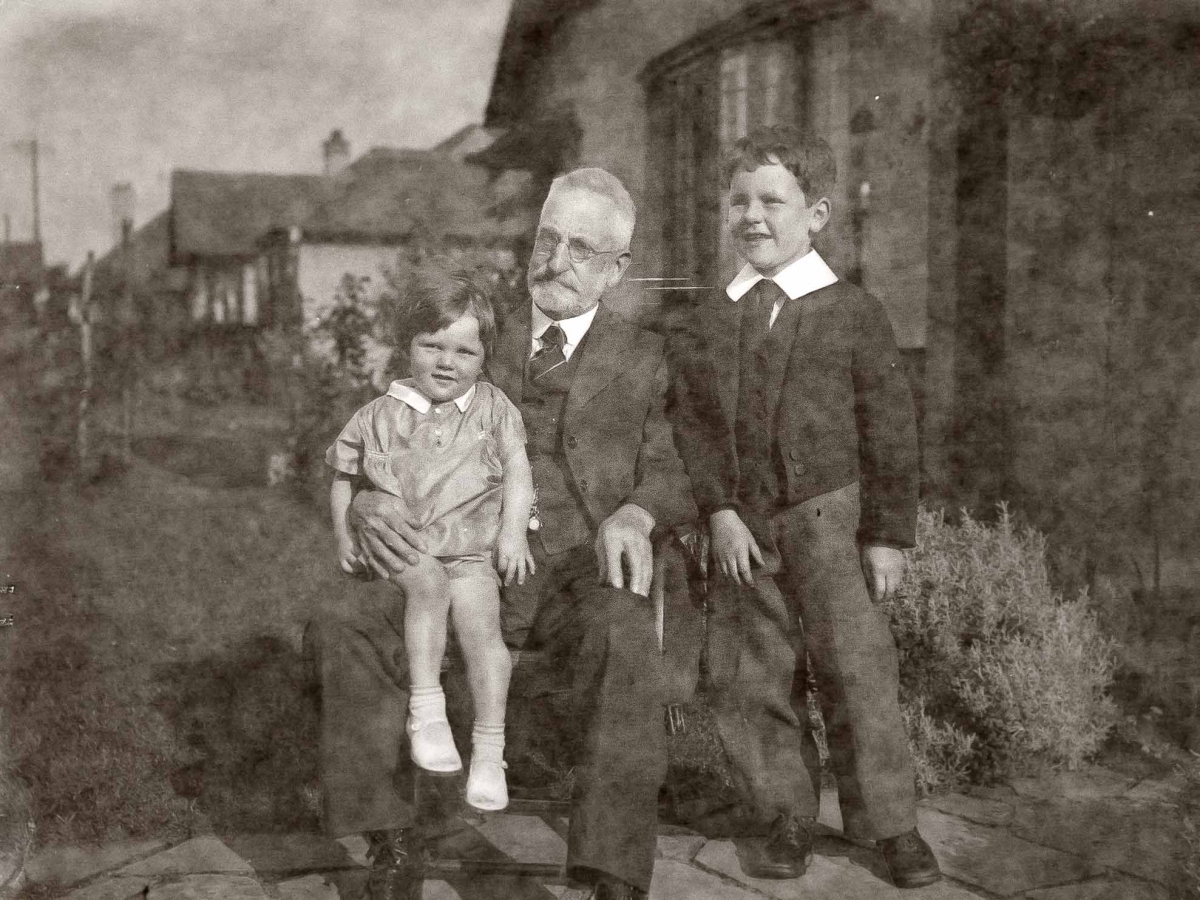 Knowing my interest in photography, a friend was showing me a number of glass plate negatives he discovered when recently clearing out his deceased dad’s house. This was the first time I had ever seen photographic glass plates.

It soon became clear, when holding the plates to the light, that what my friend had was an insight into his family history from the 1920’s. There were outline images of dapper gentlemen, pipes in hand and smart trilbies. Of young children larking on the local beach and a rather severe looking matron-like figure. It was absolute family gold.

A few years ago I started investigating my family history. There was a bit of depth in terms of developing the family tree: the dates of births, marriages and deaths, etc. But nothing came close to seeing images, from the glass plates, of people born in the mid 1800’s appearing on these undeveloped plates – albeit they weren’t my family members.

I suggested to my friend that I could convert the negative plates into digital positives. A few online searches later, I was soon putting together a dark box, purchasing an LED light box and setting up a fixed camera ready to take a digital impression of the glass plates.

Over 100 images were captured in RAW, with the invaluable help of Lightroom, the digital impressions were inverted to create a positive image. With a few more tweaks in Lightroom, a detailed view into my friend’s family in the 1920’s was revealed. It did not disappoint.

It’s remarkable that these glass plates survived unscathed for 90 years and live to tell a tale in the 21st century. I wonder how many of our iPhone selfies and Christmas Day jumper pictures survive the ‘delete’ button and help to tell a story in 90 years time in the 22nd century ?

A new neighbour recently moved into my street. Usual pleasantries – if you need to borrow a bowl of sugar – that sort of thing.   She then told me that she was a ‘Development Producer’. At which point I could have nodded knowingly at what a Development Producer was, or flicked a blank look. One settled on the latter, it being the more plausible.

It transpires that a Development Producer creates/generates new ideas and concepts for TV programmes. Just as you would do to an unsuspecting doctor at a party, then next thing I was doing was making a pitch to the poor woman on this great idea I had.

Sky Arts has just finished running its third series of ‘Master of Photography’. The concept is simple enough. A number of good amateur/semi-pro photographers take on a specific assignment each week. The person considered to have produced the weakest work gets their marching orders and misses out on a opportunity to earn the 100,000€ prize.

All fine and dandy, but for the viewer and budding photographers, the level of knowledge and insights imparted by the show is minimal. By way of example, the photographer’s work is flashed up on screen with an ‘f’ number and ISO. What does this mean to the ordinary viewer and why is it important. There is very little advice on photographic composition that would help the TV viewer transform their photography skills.

At the end of the show. The poor person leaving the programme gets their supposed weak effort further crushed by the judges. Twisting of knife is not required at this stage!

If I was a Development Producer, I would carve out 15 mins in the programme to discuss a different aspect of photography. Imagine someone such as David Noton discussing his approach to photography? Someone explaining the importance of F, ISO, WB? Or someone, say Don McCullin, talking about his iconic picture of the shell shocked US marine in Vietnam.

Absolute credit to Sky Arts for trying something different. However, a touch more thought and consideration could have transformed the Masters of Photography into something that was far more accessible to the masses. Isn’t that what art is about?

Back in the box. 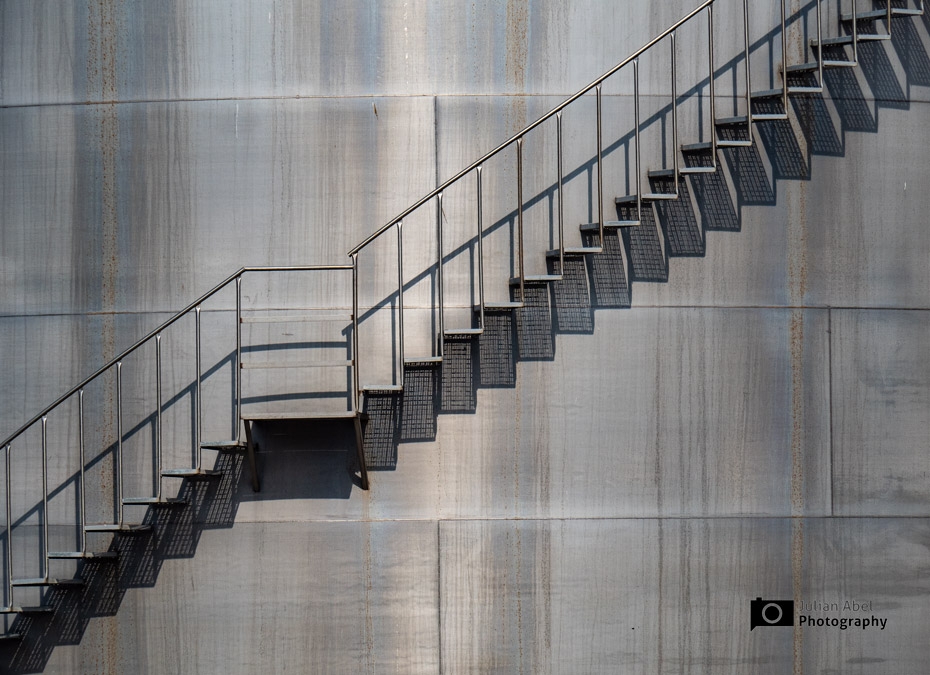 I recently returned from short break in Malaga.

As with planning any holiday or short break, my first thoughts turn to the photographic opportunities that may be on offer. After a Google image search, an Instagram check and a quick scoot around Flickr, I usually settle on my target photo locations. Then follows protracted negotiation with senior management (wife) on how much camera time can intrude on our holiday – she makes Michel Barnier look like a pussycat! Final thoughts turn to what camera/lens combo will be required and how much suitcase space can be sacrificed.

On the face of it Malaga didn’t seem to offer too much in the way of photographic promise. After all Malaga surely is just the hub for people to venture onto the ‘agadoo push pineapple shake a tree’* pleasures of the Costa del Sol or cultural delights of Alhambra. This meant judging volume/weight of the camera equipment required was going to be straight-forward – minimal. This also dispensed with the need for aforementioned tough negotiations (might just be able carry credit forward !!).

How so wrong I was about Malaga. The Old Town of Malaga is just wonderful, offering stylish, historic architecture and a happy family centred vibe. The harbour area offered sleek lines and shapes (see pic) and chic bars, while the residential part of Malaga provided a grittier outlook (see pic).

Malaga is truly stunning city and provides a diversity of photo opportunities.

So what were the lessons learnt?

1. Always be prepared for an unexpected photographic opportunity – have the camera (and options) always at the ready.
2. Research more thoroughly – note to self
3. Brexit style negotiation skills and compromises may be required at short notice!!
4. Watch out for the local Malagan sweet wine – it removes any feeling below the knees.

Tip for Malaga:
Go to the Atarazanas food market and have a bowl of anchovies with a glass(es) of Malagan sweet wine.

* With thanks to Black Lace for a sound of summer.

Hi. Welcome to my new and improved website! This ‘Blog’ business is new to me but I shall try to make the content interesting, relevant and varied. Here goes…

I love photography. I don’t understand all the intricacies and the nuances of photography – way too little room in my head! What inspires and motivates me are discovering moments that spark creativity, captivate me, and ultimately leaving me happy and content. This can be the planning of a photography trip, the moment of ‘being there’ or the contentment of viewing the final picture back at base.

I follow and read a great deal about photography. If you took on board everything you saw and heard on the subject, you could quickly be tempted to walk away from photography and feel despondent of your abilities and comparisons with others – don’t. Photography is about enjoying the moment, the experiences and the people you may meet along the way. So what if the ‘Golden Hour’ may not be so “Golden”? So what if the foreground interest may in fact not be that interesting? So what of the complexities of ‘Hyperfocal Distance’? Treat those issues lightly, hold firm and just enjoy the moment and experience of life. The rest will follow.

PS. I promise to be less Frasier Crane in my next blog!

You can find out more about which cookies we are using or switch them off in settings.

This website uses cookies so that we can provide you with the best user experience possible. Cookie information is stored in your browser and performs functions such as recognising you when you return to our website and helping our team to understand which sections of the website you find most interesting and useful.

Strictly Necessary Cookie should be enabled at all times so that we can save your preferences for cookie settings.

If you disable this cookie, we will not be able to save your preferences. This means that every time you visit this website you will need to enable or disable cookies again.